What is the Difference Between IPv4 and IPv6 Proxies 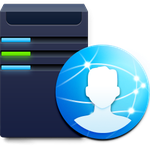 In 2021, the Internet sources are still working through IPv4 protocol, although in 2011, we all heard about switching to IPv6. But what is the benefit of IPv6 addresses? If you’re interested in it, this article is for you. Also, we’ll tell you why IPv6 is better than IPv4 for a usual user and is it worth migrating to IPv6 proxy.

How Does IPv4 Work

This protocol uses NAT technology that means Network Address Translation. Its essence is that each device receives its own IP address by website systems that see only one address. It’s the main disadvantage of this technology. For example, several users from a corporate network wanted to visit one web source. Their network works via IPv4 and translates only one public address. Employees have their own IPs only inside such a corporate network. Therefore, the server sees multiple concurrent requests and considers it a DDoS attack.

As a result, access to the website is blocked, and all employees are banned because all internal addresses have been replaced with one public IP.

IPv4 protocol comprises four numbers from 0 to 255. When developers created this protocol, they didn’t think that after ten years people would face the lack of IPs and their absence. For example, in April 2018, RIPE gave the last block of its IPs.

How Does IPv6 Work

IPv6 refused from NAT; and hence, every user gets his or her own IP. As a result, the website or software system doesn’t consider your actions as DDoS-attack where it isn’t.

IPv6 address consists of eight hex digits. It enables the creation of 340 undecillion combinations. Keep in mind that it goes 6 zeroes after 340. As you’ve guessed, this amount of address is enough for all users all over the world.

As such protocol uses hex code, users can create their own subnets for their internal network. For example, you can have 65 535 subnets with prefix /64. Prefix /64 is the length of your network part. It’s changed – and new subnets are obtained. It looks like this:

IPv6 protocol uses IPSec. It hides your traffic almost fully. Due to IPSec, it’s approximately impossible to intercept. To decipher – even more so. There is IPSec in IPv4 too, but it’s built-in as an additional. IPv6 has such a function by default.

What is the Difference Between IPv4 and IPv6

Here we’ll tell you in a nutshell what is the difference between IPv4 and IPv6.

Not all providers give IPv6 addresses. Some providers just don’t have them. Not all user equipment such as modems, routers, wireless points support IPv6. New equipment costs a lot of money. Although it supports IPv6, we have a third problem. For migrating to the 6th version of Internet protocol you should have quite a job with it. Only billings and DNS servers require a long resetting.

So is it worth migrating to IPv6? Is IPv6 better than IPv4? Yes, IPv6 is much better than IPv4, but there is one disadvantage that outshines all advantages. IPv6 protocol is supported only by 18.6% of websites from the entire Internet. It means if you need to visit the web source supporting only IPv4, you should spend your time switching from IPv6 to IPv4.

Decide whether it is worth using IPv6 or not. On our website, you can buy both IPv6 and private IPv4 proxies. Our support is working 24/7. We answer your question within five minutes and help to set up a proxy if you have trouble with it.